The Tiji festival is a three-day ritual known as 'The chasing of the Demons' that centers on the Tiji myth of a deity named Dorje Jono who must battle against his demon father to save the Mustang from destruction. 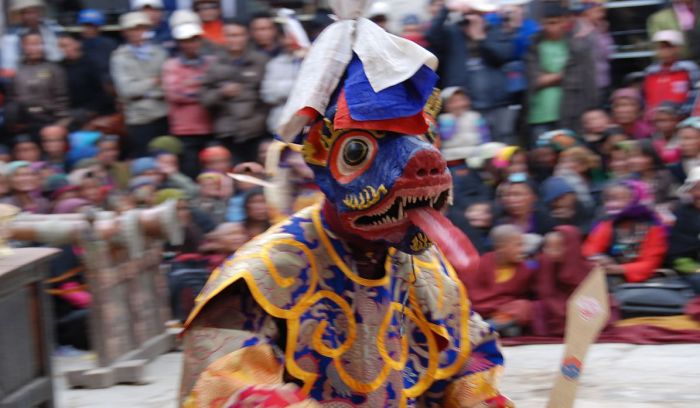 Tiji or Tenji festival is most important religious festival celebrated in kingdom of Lo-manthang, region of Upper mustang, the forbidden kingdom of Nepal and tiji festival trek in mustang is year round special festival trek of that region normally happen to celebrate in month of May is known as chasing of demons from the valley of mustang, which is Annual three day fascinating festival consisting of Tibetan Rituals is myth of a son who save mustang region from destruction. The tiji festival dates for 2019 is May 30, 2019 to June 1, 2019 going to held at Lo-manthang, the district of mustang region.

Mustang Tiji Festival Trek is a special festival trek to observe and Experience of a three-day ritual known as "The chasing of the Demons" that centers on the Tiji myth. This holy festival trek is fixed date trek normally starts in end of April and early May. Tiji festival trekking in mustang is yearly celebrated ancient festival trek in headquaters of Mustang District Lo-manthang in month of may. The myth tells of a deity named Dorje Jono who must battle against his demon father to save the Kingdom of Mustang from destruction. The demon father wreaked havoc on Mustang by bringing a shortage of water (a highly precious resource in this very dry land) and causing many resulting disasters from famine to animal loss. Dorje Jono eventually beats the demon and banishes him from the land. Tiji is a celebration and reaffirmation of this myth and throughout the festival the various scenes of the myth will be enacted. It is of course timed to coincide with the end of the dry winter/spring season and will usher in the wetter monsoon season (the growing season for Mustang). Tiji comes from the word "ten che" meaning ‘the hope of Buddha Dharma prevailing in all worlds and is effectively a spring renewal festival.

Early in the afternoon, horns resounded, announcing the two twelve-foot copper dunchens, with their elephantine blurting, followed by two double-reeled horns, all accompanied by drum and cymbals.

Next, an ancient and enormous tanka three stories high was unrolled down the entire south wall of the square. The thanka portrayed Padma Sambhava or (Guru Rimpoche) who brought this ceremony to Tibet in the 8th century."

At mid-afternoon, in high wind and blowing dust, eleven lamas in maroon and gold, wearing high red hats, came from the palace and took their places along the wall beneath the thanka, with Tashi Tenzing on the elevated seat just in the center.

As the monks and lamas commence chanting, twelve more monks come from the palace in maroon and royal blue and glittering gold brocade, with cymbal-shaped hats decked with upright peacock plumes. Soon they withdraw, to be replaced by the masked dancers who" start the portrayal of the Tiji myth.

Dorje Jono repels the demon through the power of his magical dancing — he dances fifty-two separate dances, one of them in ten different bodies, each with a different head. As the dances end, Dorje Jono kills the demon, after which his people are relieved of their plague of misfortunes, water becomes plentiful once more, and the balance and harmony of existence are restored.

On the second day of Tiji, numbers of Loba have arrived from the outlying hamlets, and the small square is thronged with wild beautiful people, with all of the women and children, at least, in traditional dress.

The King of Mustang "wears a whole crown of tiny river pearls set off by dozens of large red coralline tones interspersed with matched ornaments of turquoise.

The costumes and masks, the twelve-foot horns, the gold cups of wheat, the butter cakes, the snow peaks and wind and dust and sun, the mehti, snow leopard, snow pigeons, saligrams, the dying glacier and the desert ruins, the drunks and rajas and foreigners, the dogs and yaks. Tantra!

On the third day, Tiji ends with the ceremonial destruction of the evil remains, represented by some long black yak hair and red torma cakes minced to a dark red gurry. The demons red remnants are set out on an old tiger skin, where-upon they are attacked by bow and arrow, slings, and the old guns. The poor devils remains are over- turned upon the ground, each time to a wild cannonade from the old muzzle-loaders and a wave of cheers and smoke.

Day 17:end of mustang Tiji festival trek,Departure to Airport and Fly Back to Home. (B)

Services not includes are:

Why Mustang Tiji Festival trek with us?

Below are the 5 main reasons that we are stanting as best trekking service providing local company based in Kathmandu Nepal and we 100 % assure our best quality trekking service to all our valued customers.

1.  Quality of Lodges/guest houses and hotels

We always accommodate our valuable customers at standard of quality lodges in trek where one can get hot shower, clean beds and attached bathroom in mentioned area in itinerary, we make sure our best choice for our customers comfortable and safety for accommodation. we accommoate at least 3 star category hotels with breakfast with attached bathroom and quality of hospitality service.

2. Quality of foods during trek

Hygienic and fresh foods is always first priority for our customers and we always make sure of it while you are in trek with us. We select tea house or guest houses along the trail based on Hygienic and delicious fresh foods for your meals, it is very important aspect of our life spcially when you are doing trekking in high altitude mountain. We always take best care of it for our customers safety and their health issues.

Our SHERPA guides and porters always take very good care of your trekking holiday; they always walk together with you and give you fact information during trek. Their main concern is always to take very good care of your health and well being during trek. Our guide and porters are fully expert in the field of trekking & Climbing. Arrangements of quality lodge, foods, drinks and health issues are always serious concern of our guide and porters. They will not leave you alone as we have seen many guides are always walking behind or a head and not caring well for their guests. our guide always make sure 3 important issues during trek very professionally.

4. Safety and security is our prime concern & quick contact in Emergency

For us safety and security of our customers is always prime concern, without safety and security, we dont organize any trips, specially in himalaya. health and safety is always our first priority during trek and our guide is fully aware of it. incase of any Emergency issues of trekkers health, we take care of this issues so seriously. We are always keep in touch with our guides during trek.

A Typical day in trek( morning to evening)

Vegetarian or non- vegetarian options are available for daily meals 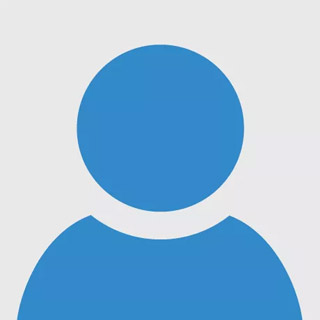 We are safely back to home and starting our work. I would like to thank you so much for wonderful trekking service in upper mustang trek with very mindblowing religious Tiji festival. we enjoyed alot all 3 days Tiji festival at Lo- manthang, we also had very nice trekking with our very nice guide chandra and porter Ram. we are lucky for weather and so we can fly in and out of jomsom in time, also Kathmandu pokhara on time. the hotel in Kathmandu and pokhara is perfect and in best location, very good breakfast. our guide also booked nicest lodge every night. this trek is really to do in May with Tiji festival. Upper mustang trekking is amazing and we found great service of Nepal trekking tourism company, you are very fast in response and we would like to return again and will contact you for another trek. Thank you so much again for best service.

Enjoy the Luxury trip with us

Get a trip details

(all trips available are quoted at best prices)