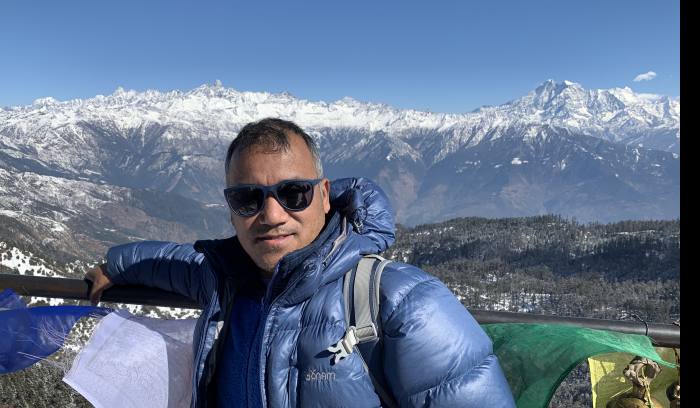 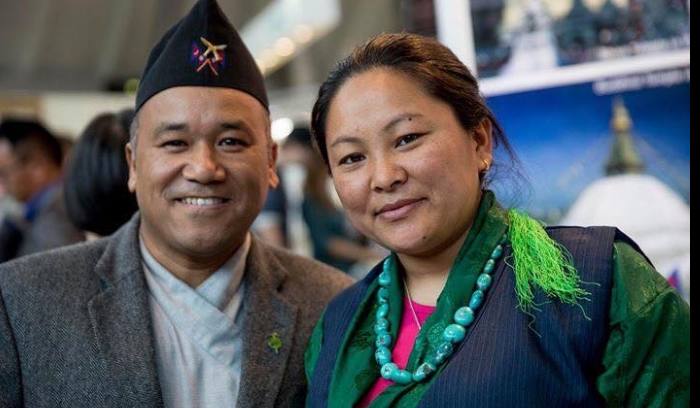 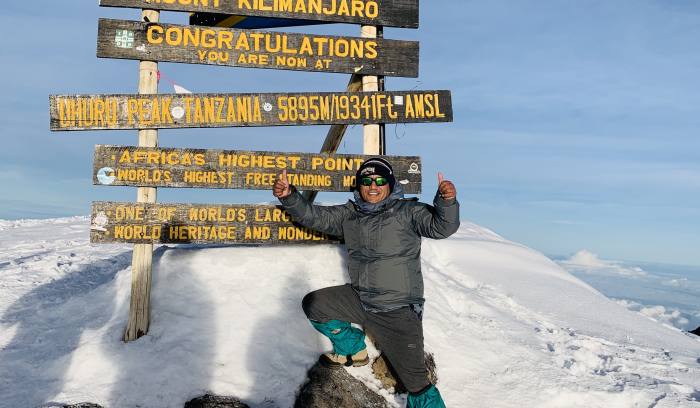 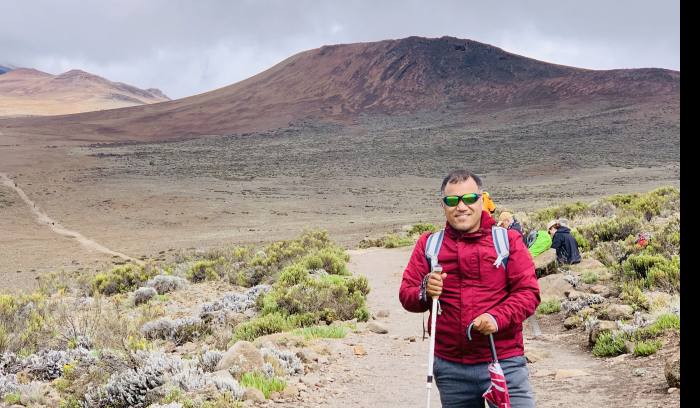 Biography- WHO I AM?

I am myself a Sherpa tourism entrepreneur and my name is Pasang Sherpa, born and raised in Maapya Dudhkoshi rural municipality- 4, Chayngmiteng( Mera village) in December 25,1978 which is located in eastern part of Everest base camp trek, Nepal and 35 min flight from Kathmandu plus about 3 hours of walk from Phaplu Airport of Lower solukhumbu, sherpa culture trek. our village chyangmiteng is now accessible by road and can drive in 1.5 hours by Jeep from Phaplu or district headquarter Salleri. I spent most of my childhood in this Isolated village until I moved to Kathmandu in 1995 after completion of school in vilage for further study and future carreer to make my life better. I then joined college for further study in Kathmandu and immediately started job of trekking porter, assistant guide, trekking guide in Nepal. The most struggle part of my tourism career was 5 years during 1995-2000. Together with my trekking profession, I carried out my high level of Education, 2 years of I. COM and 3 years of BBS which was completed in 2001. Even though my hobby was to become CA, it wasn't possible due to financial crisis and born in poor family, cash was always main obstacle for growing career of my young age. It was not easy to get Proper Job even I have completed my bachelor’s degree with standard marks. I dropped my CV 17 times in different companies in 2001 and finally got a Job as IT marketing officer in one company, where I have to work hard to convince business man to make website, use of Internet and how people get advantage from using software. The monthly salary I was receiving RS 4000 including my TA. I was just doing this job to sharpen myself as experienced worker for future career. My Two brothers were also struggling in tourism sector as porter, guide or cook. After lots of research and study about possibilities of trekking business, we were able to register Mountain Sherpa Trekking, however political crisis was main reason many trekking companies facing big problem to operate their business. So in search of better earning life ahead, In 2003, I thought I will go USA for further study plus work to earn good money but unfortunately I failed twice from getting visa of USA, however my plan to go out and earning money didn’t stop and so I went to  Kabul, Afghanistan  in September 2003 and worked there with military camp of different countries and collected nice experience of how hard people are working in foreign country to earn money for their family and to find the happiness in life! And in October 2005, I returned Kathmandu after almost 2 years of service in military camp in Afghanistan.

By the time I return Kathmandu, the political situation is bit much better specially time of Maoist insurgency in Nepal. From then I started leading our trekking company and keep its growing till today. It wasn’t a good time for trekking business until 2007, however I decided not to go out of Nepal to earn money but rather I plan to create opportunity here in own country to sustain myself and my family. I am myself addicted traveler and after I did numerous times of guiding trekking in Himalayas of Nepal and every time, I am getting more experienced leader too. Time keep continually going on and keep travelling, exploring new trekking destinations of Nepal, Tibet, Bhutan and India. We are specialized for any Himalayan trekking of these 4 countries, however now we are organizing cultural tours in Tibet, Bhutan, India, Myanmar, Sri-Lanka and many other countries.

After meeting trekkers and travelers around the world who join us in Nepal for trekking, climbing and tours, and interacting with them about their countries and travelling stories tempted me to travel the world and I can’t stop myself from travelling around the 21st century’s world. My first and foremost trip out of Nepal was in May 2011 with my dear wife to Thailand, Singapore and Malaysia 11 days which was like honeymoon trip for us after we got married in February 2006. Here is list of countries I have been travelled since may 2011 to till today’s date:

COUNTRIES I HAVE VISITED

There are more bucket list countries waiting for me to travel. Travelling is one of my passion and hobby. I am planning my dream trip to complete tours around seven wonders in the world and mission seven summit.

I will keep update this page with countries I will travel next. For me life is either daring adventure or nothing.